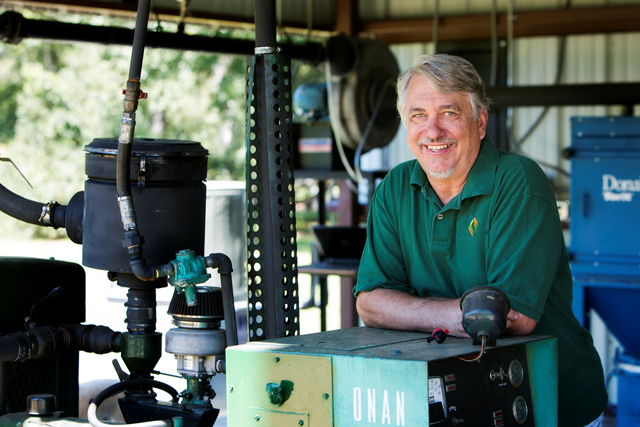 About Waste to Energy Systems As green and renewable energy forges forward as the next major energy trend, one company has recently established itself as a major contender. Waste to Energy Systems, LLC in Louisiana has recently filed a patent for it’s biomass gasification system, the bioHearth®. After six years of research and development, CEO Richard Woods decided it was time to lock in his waste to energy invention with a patent application. Woods’ system is definitely the path of the future. What is biomass gasification you may ask? Gasification is the process of breaking down carbon-based materials (e.g. agriculture waste, tree trimmings, cardboard, etc) into a high-energy gas. This is accomplished by applying extreme temperatures in an oxygen-starved environment. The gasification process significantly reduces harmful emissions compared to either incineration or landfills. The resulting product is Syngas – a flexible, local fuel source that is significantly cleaner than fossil fuels. Essentially, it is the optimal way to turn waste to energy. Richard working on one of the earlier versions of the bioHearth® downdraft gasificiation system.

Already popular in European countries where necessity was king, gasification systems are prevalent along with solar and wind energy. Woods’ goal was to take the concept of gasification and make it simpler and better. Woods’ motto is “solve the problem where it begins rather than an afterthought down the line.” The result is a small footprint, carbon neutral, and easily maintained waste to energy system that is peaking interest from Europe to Alaska and everything in between! To find out more, click here.