The World Could Have An Unexpected Renewable Energy Leader

Blogger’s Note: The world is seeing the start of a global shift toward Renewable Energy as a primary source of power. With several organizations focusing on bringing alternative energy technology to third world countries in hopes of growing their economy and bettering their standard of living through affordable utilities, there are some unexpected leaders developing in the renewable energy world. A recent article in the British newspaper The Guardian discusses how Africa could quickly become the cleanest continent. 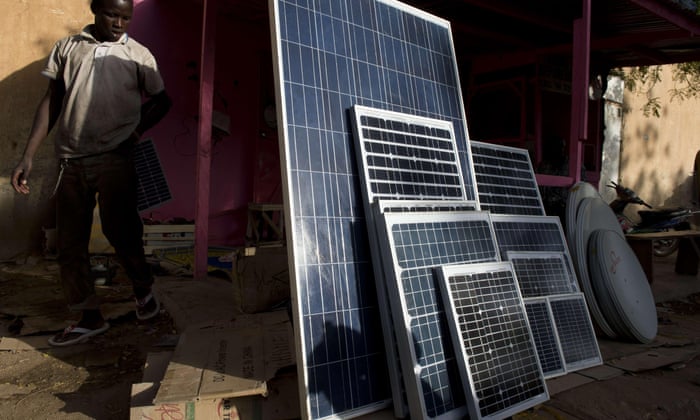 An Africa-wide mega-scale initiative backed by all African heads of state should see the continent greatly increase its renewable energy over the next 15 years.

The African Renewable Energy Initiative (Arei) plans to develop at least 10 GW of new renewable energy generation capacity by 2020, and at least 300 GW by 2030, potentially making the continent the cleanest in the world.

The International Energy Agency, which has said that Africa is at the “epicentre of the global challenge to overcome energy poverty”, estimates that annual electricity consumption per capita in Africa for 2012 was around 600 kWh, compared with the world average of 3,064 kWh.

The plan to accelerate solar, hydro, wind and geothermal energy could see Africaleapfrogging other continents by developing thousands of small-scale “virtual power stations” that distribute electricity via mini-grids and would not require transmission lines, which involve a loss of up to a quarter of power during the process.

The initiative, which is tentatively estimated to cost at least $500bn over 20 years, is billed as “by Africa, for Africa”, and is intended to reduce Africa’s present reliance on coal. As well as reducing emissions, it will help at least 600 million people switch from lighting homes and cooking with diesel, kerosene and wood, and reduce air pollution in homes and cities.

Solar is expected to play a leading role. “We are ready to engage in massive solar and wind energy production to attain 100% electricity reach for our people,” said Judi Wakhungu, Kenya’s environment cabinet secretary.

Speaking at the launch of the initiative at the COP 21 talks in Paris, the president of the African Development Bank (AfDB), Akinwumi Adesina, said the continentcurrently loses 4% of its GDP due to a lack of clean energy.

“Africa is the continent suffering the most from the scorching heat from rising temperatures, and droughts have become more frequent and with greater intensity than ever before. Africa needs more money for adaptation.

Sub-Saharan Africa is the only region in the world where the number of people without access to electricity is set to rise. By 2030, Africa’s share of the world’s population without electricity will increase from less than half today to more than two-thirds.

Detailed plans for each country will be worked out over the next five years, but the AfDB and other financial groups, including the World Bank, have pledged an initial $5bn.

News of the initiative comes as a coalition of 12 countries, including the Democratic Republic of the Congo (DRC), Ethiopia, Kenya, Liberia and Malawi set themselves a goal to replant 100m hectares (247m acres) of forest across the continent in the next 15 years.

It follows the successful planting of millions of trees and bushes in parts of Tigray, Ethiopia, and elsewhere where droughts, overgrazing and deforestation have devastated and eroded landscapes. Where land has been replanted with trees and bushes, farming communities have seen rapid improvement in soils, water supplies and increased food security.